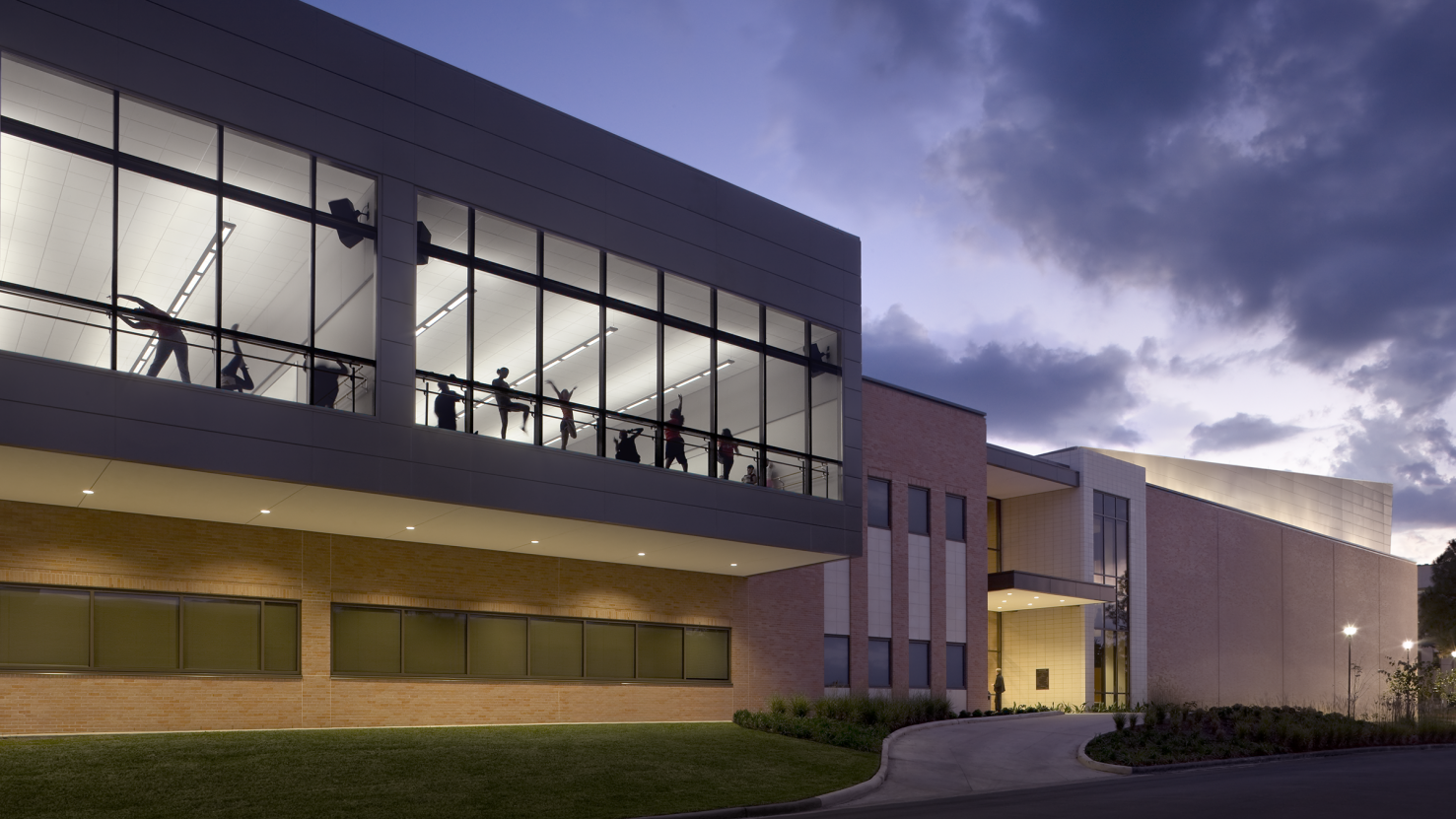 Designed primarily as the new home of the Dance department, the Center also provides performance spaces for the University’s Music and Theater departments. Distinctive sloped roofs identify each discipline’s performance hall, with pedestrian links to the existing theater and music buildings.

Bronze metal panels embellish the dance and music spaces, visually tying them to the metal cladding found on the existing theater center, while brick and cast-stone accents reflect the material palette of the surrounding campus.

The Performing Arts Center is home to the departments of Dance, Music, and Theater. 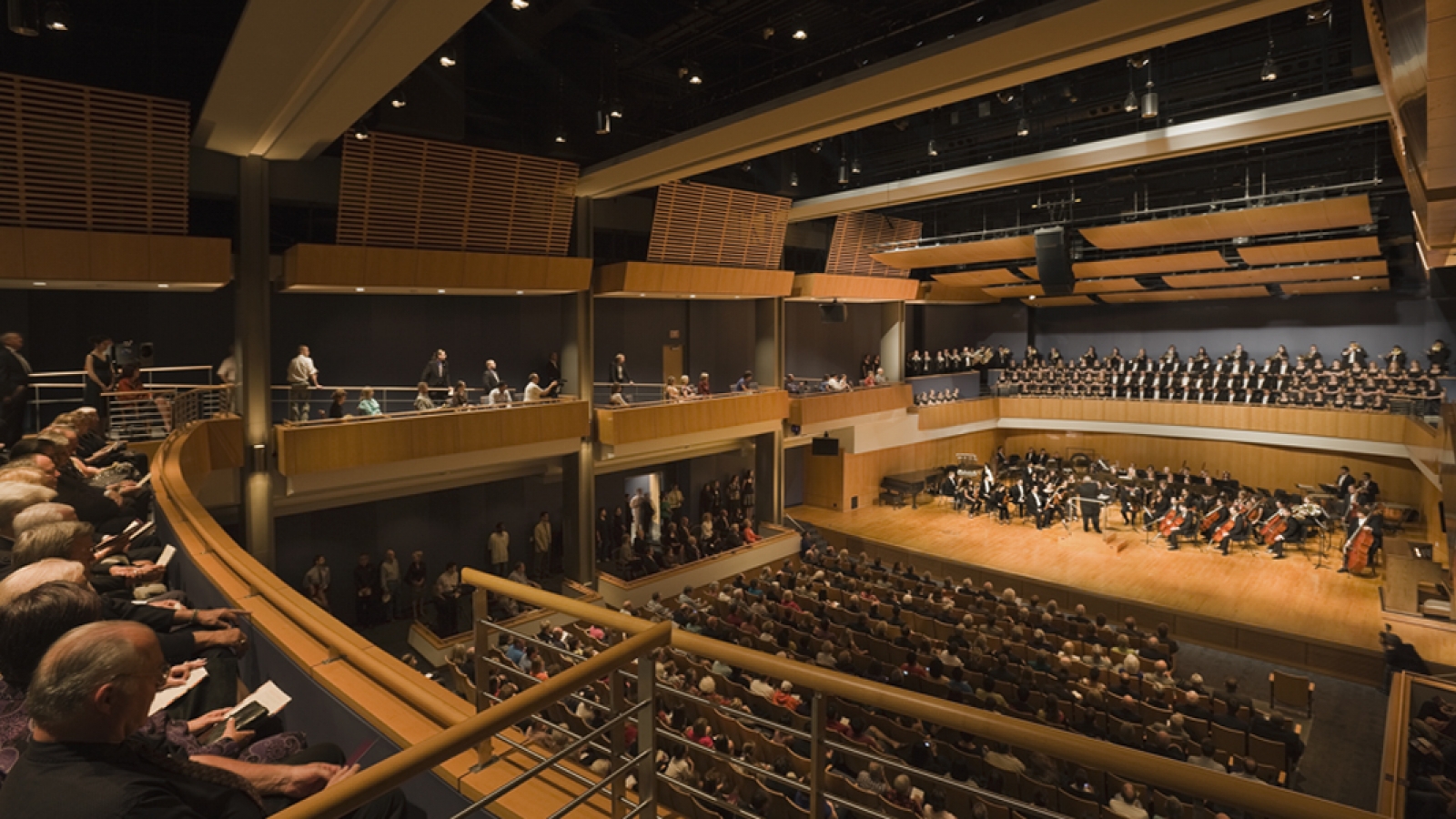 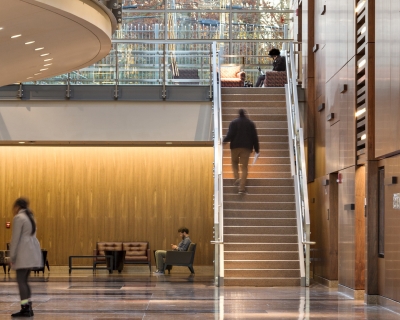 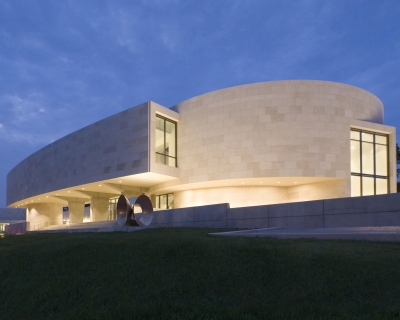