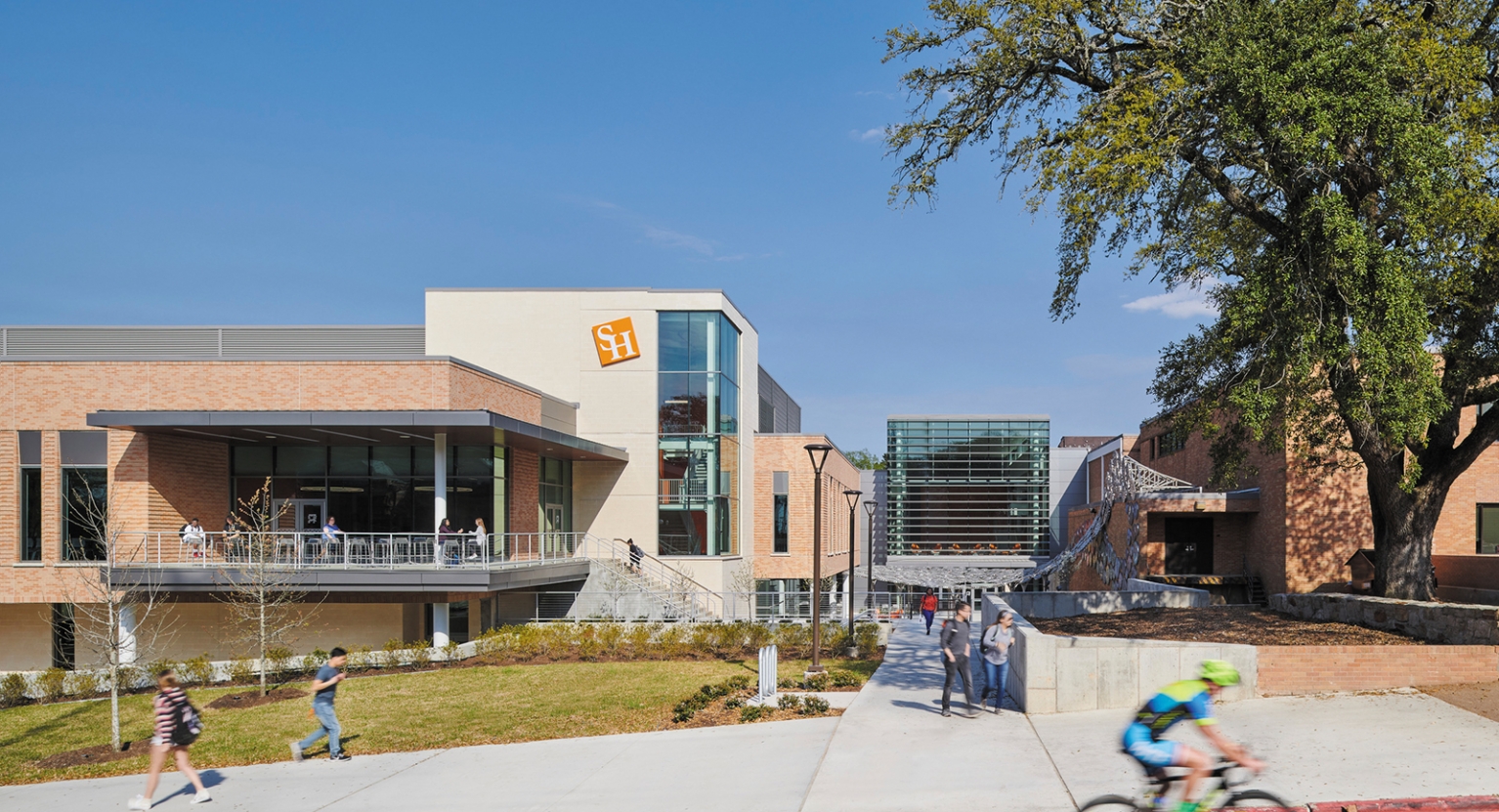 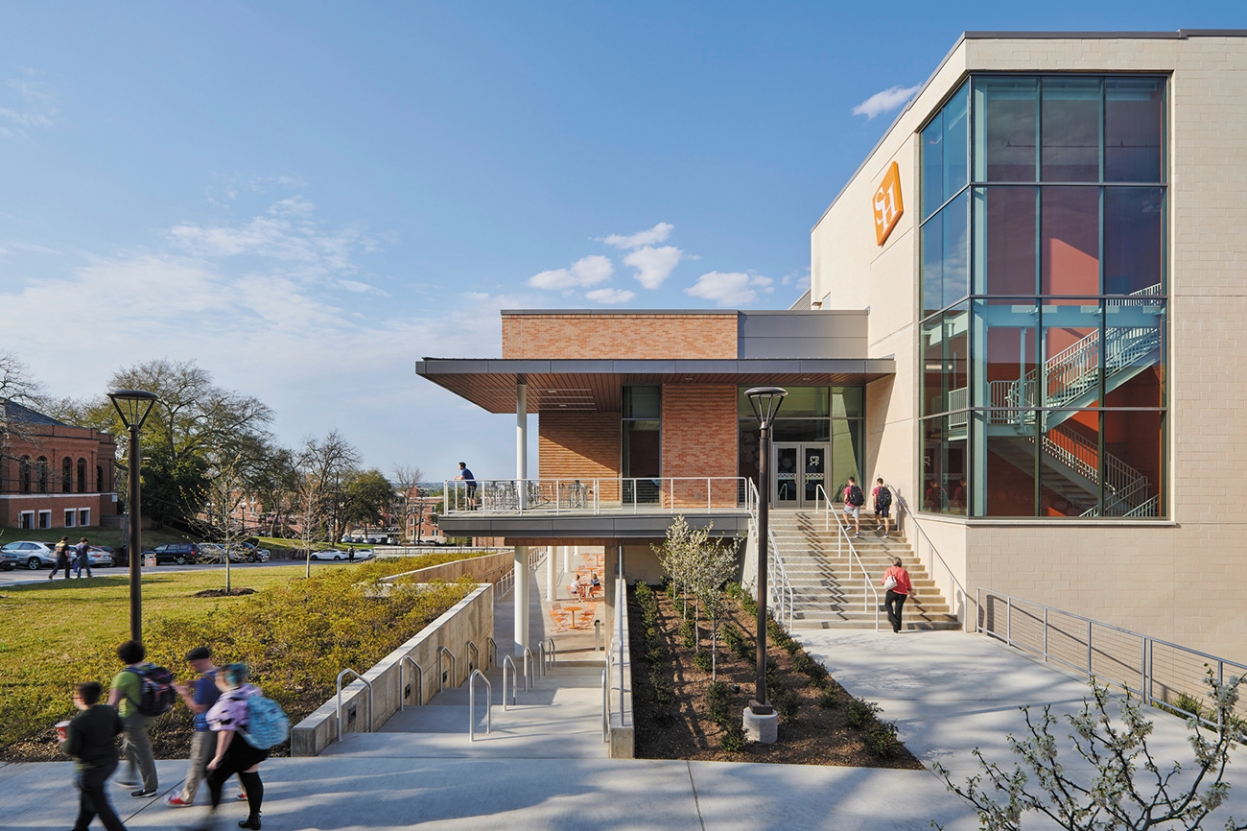 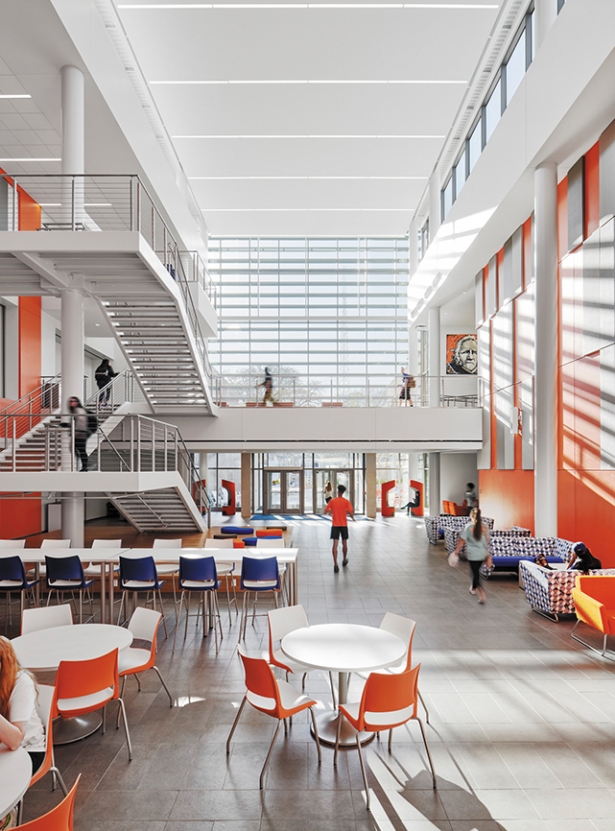 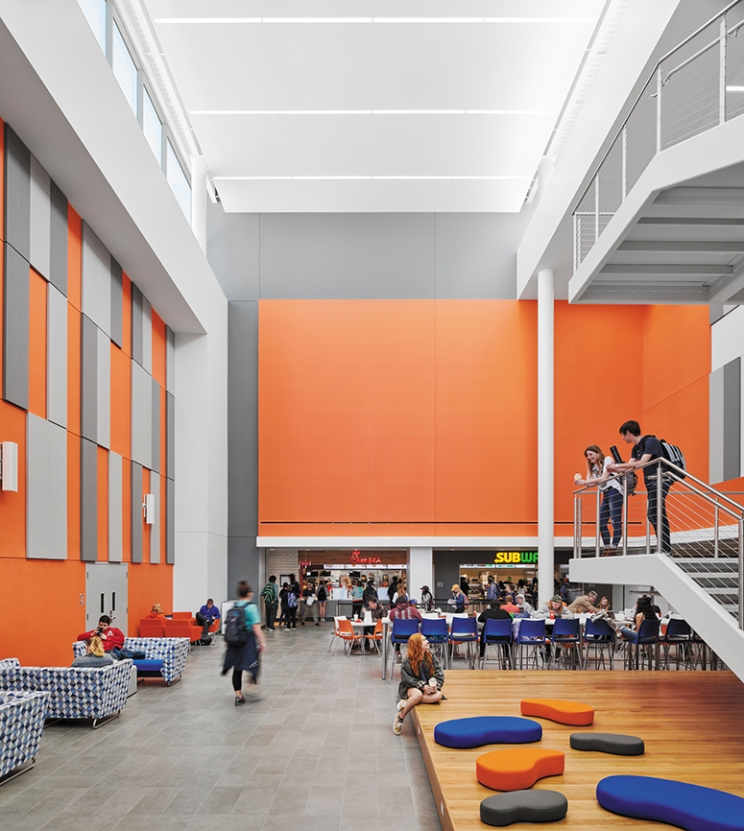 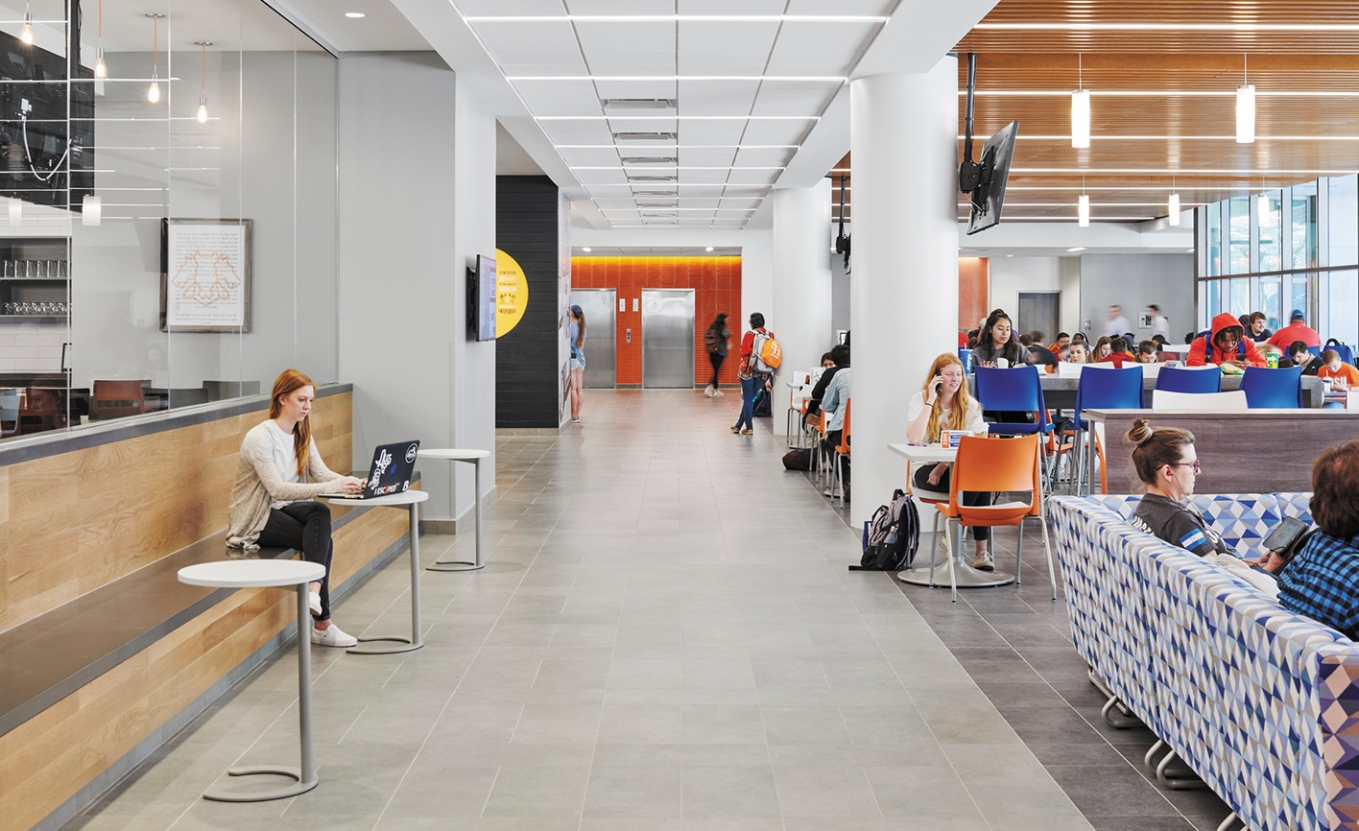 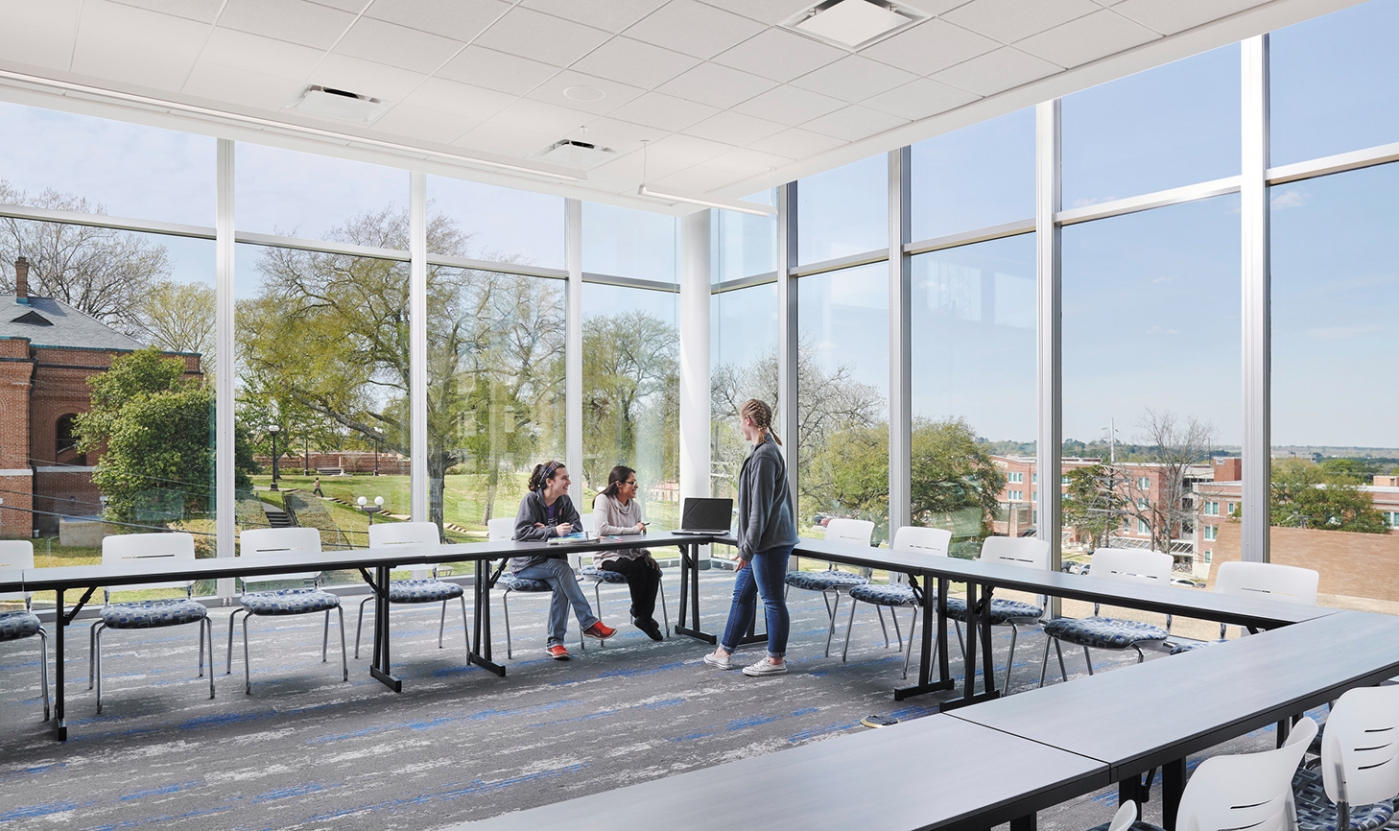 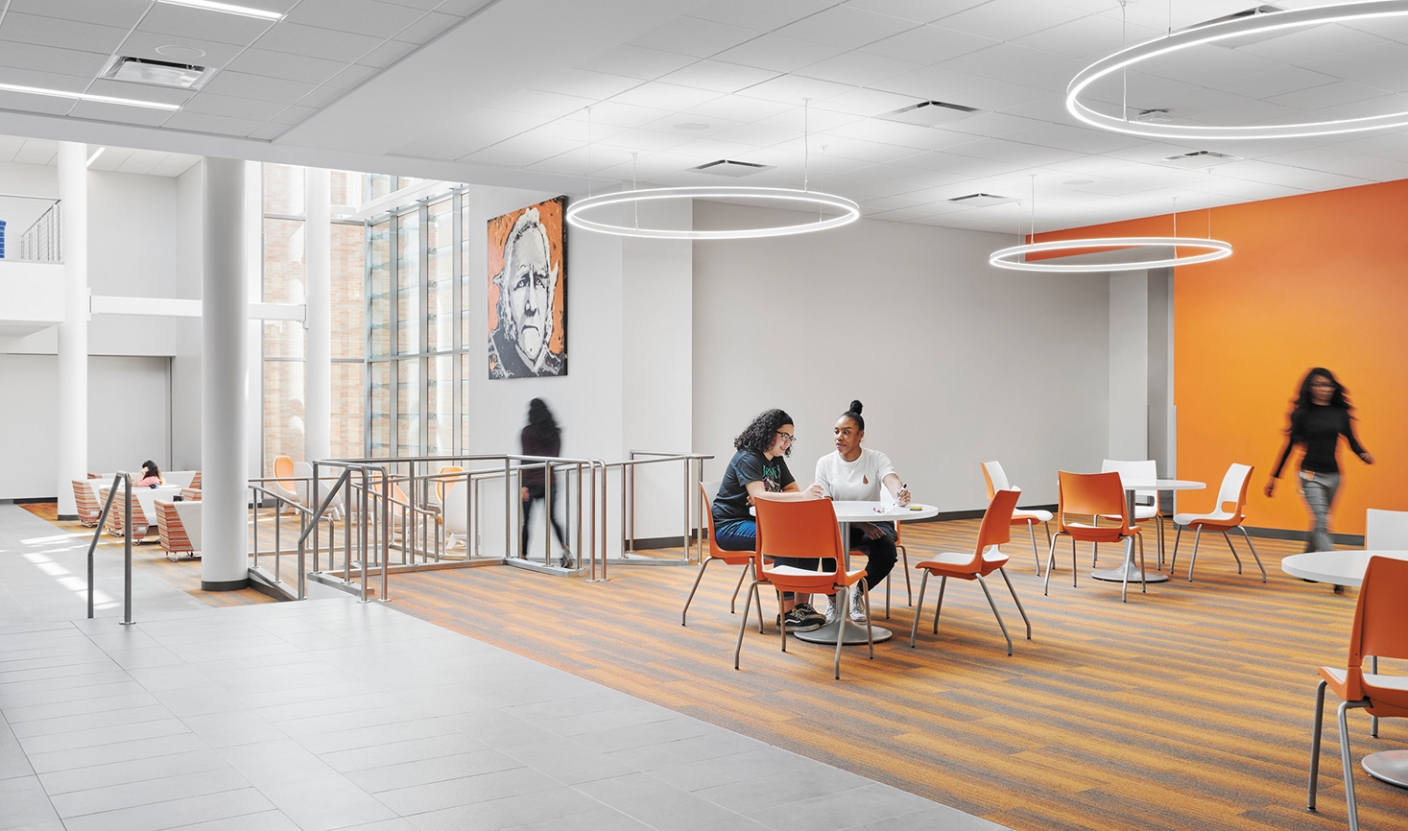 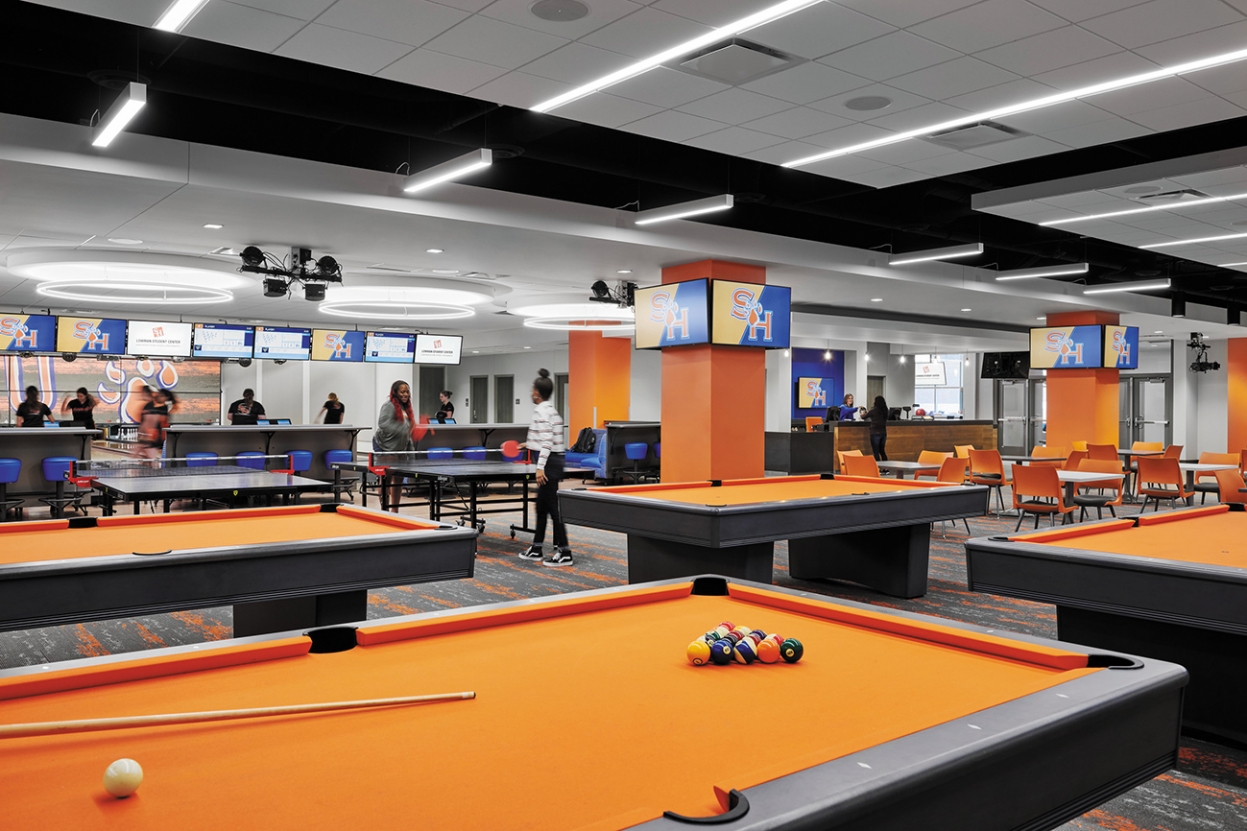 Originally constructed in 1964, the Lowman Student Center at Sam Houston State University (SHSU) underwent numerous additions and reconfigurations over the years. In response to growing enrollment and a goal of elevating amenities to better compete with peer institutions, EYP was selected in 2016 to design a larger, more inviting student center, breathing new life into this most crucial component of campus life.

EYP’s integrated design of the two-story addition centered around a large atrium that serves as a central “living room” space, horizontally and vertically connecting the new and existing components of the building. Designed to maximize daylight and provide access to sweeping views, the addition houses food vendors and supporting dining facilities, and a relocated “Kat Klub” with pool tables, ping pong tables, an eight-lane bowling alley, and other such attractions on the first floor.

The second floor features a large divisible ballroom, meeting rooms for congregation and study, pre-function spaces, lounges and other programmable amenities. The space between the addition and the existing building, connected together on one end by the atrium, defines a new outdoor courtyard where students can gather as an extension of the “living room.” Directly adjacent to the first-floor dining commons, the courtyard can also accommodate additional seating under large ceiling fans to further activate the space. Landscaping in the courtyard steps down from the western edge of the site toward the atrium entrance, creating a series of grassy platforms that can also serve as an outdoor amphitheater. 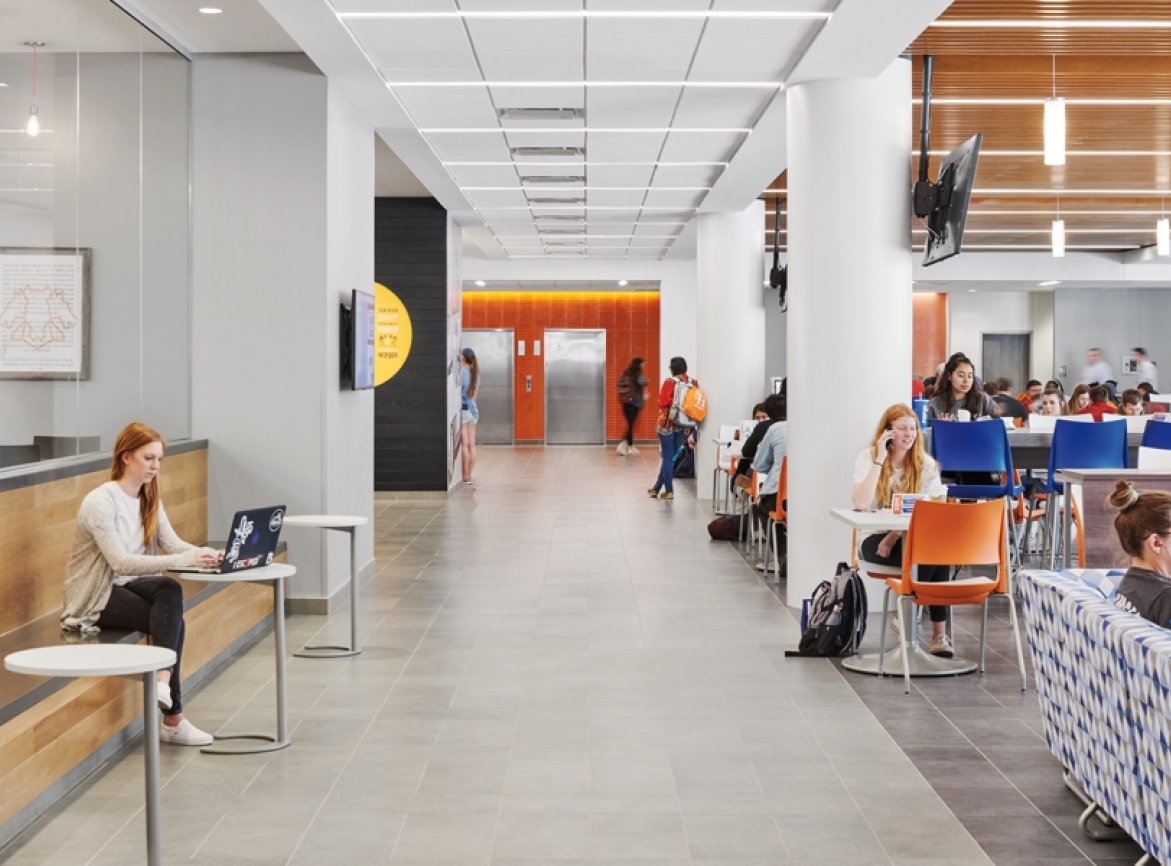 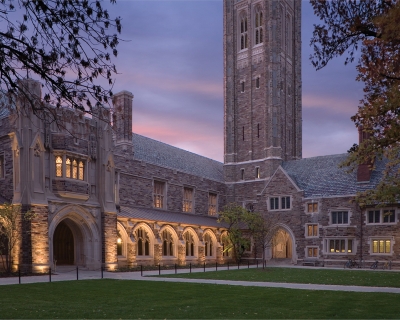 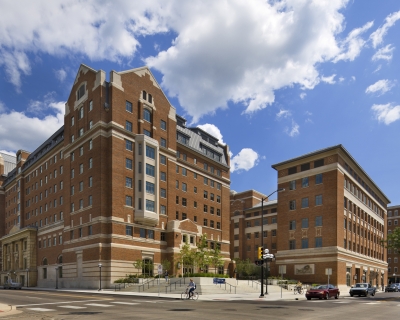 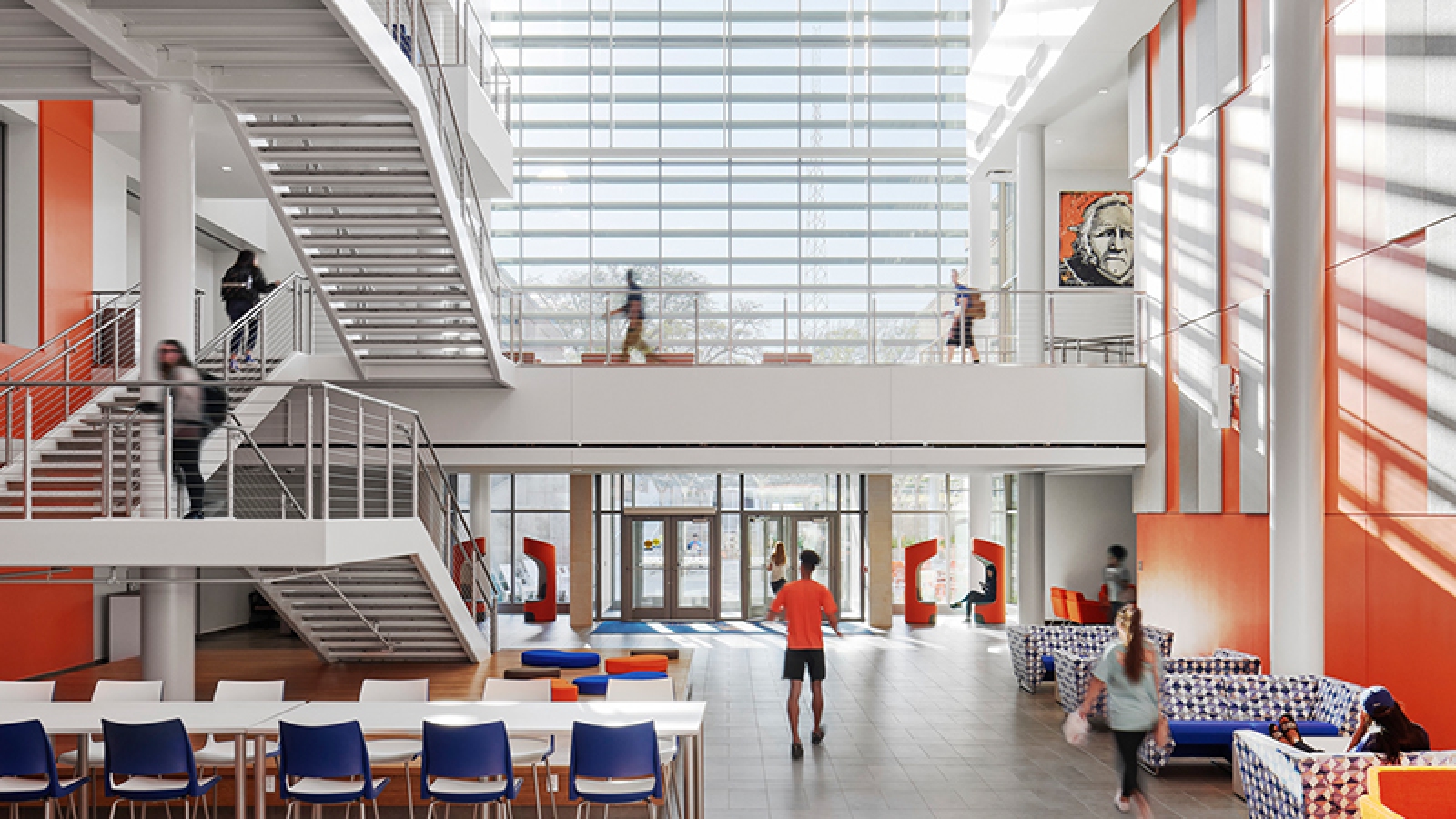 Inside the Lowman Student Center 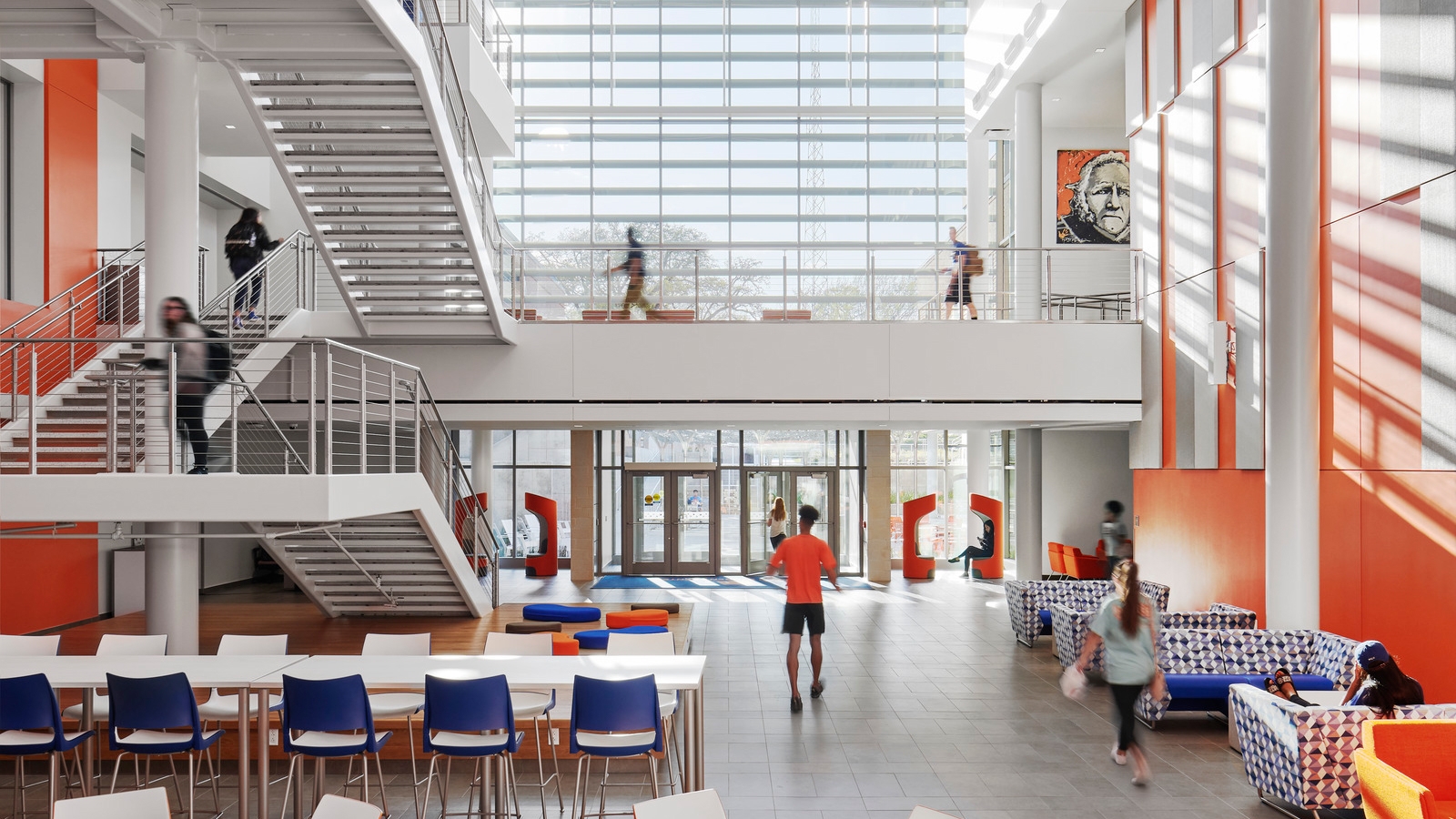 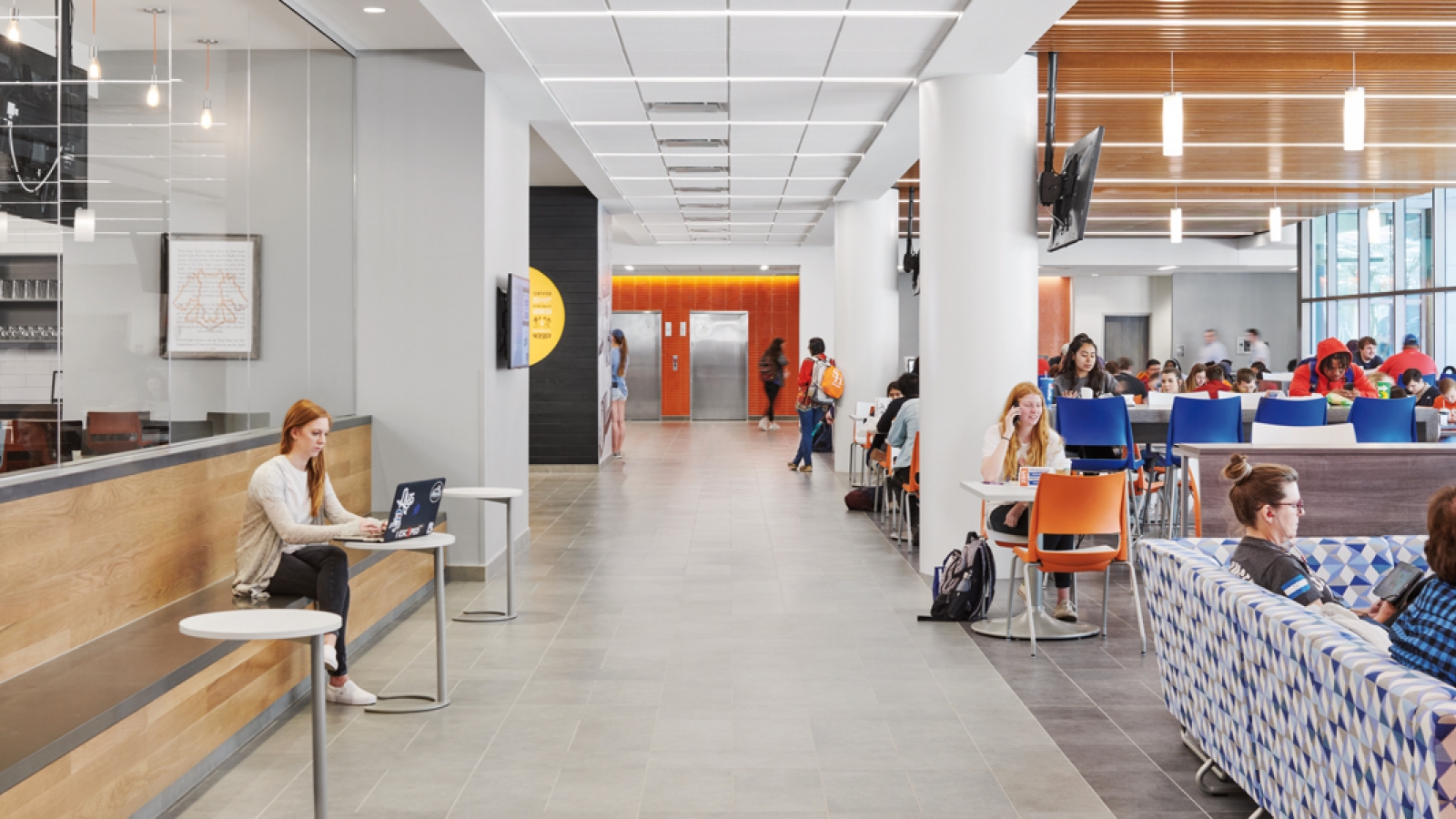