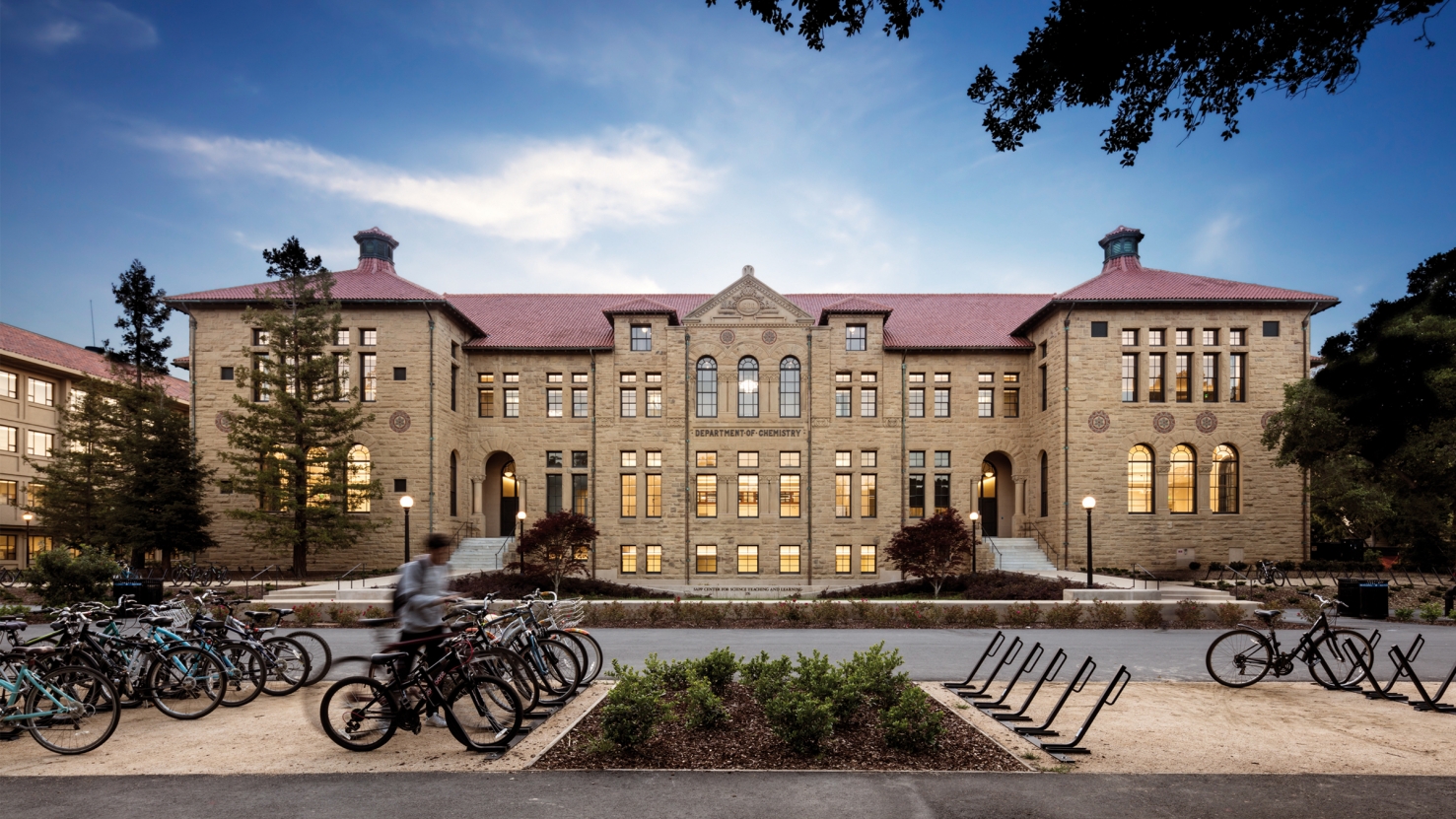 The last and largest of the monumental “Noble Structures” on the Stanford campus, “Old Chem” has emerged from decades of disuse to become the Sapp Center, a dynamic 21st-century teaching and learning facility.

The design brings together laboratories, a science library, spaces for informal collaboration and display, an auditorium, and classrooms. The 61,000 GSF building is activated by a variety of open and closed informal areas strategically organized to foster intellectual community interaction. The program is symmetrically distributed to newly emphasize openness: light now penetrates east to west through the building’s center, thanks to extensive interior glazing and the large central skylight.

HVAC design was implemented by analyzing the fume hood exhaust rates as they leave the building allowing them to be minimized while still maintaining safety standards.

Daylight was introduced by preserving the height of the existing windows on the interior. The addition includes a large skylight that follows the intersection of new and old allowing daylight into what would have otherwise been below grade space.

Storm water management was integrated into the design and landscaping capturing 90% of the storm water runoff. 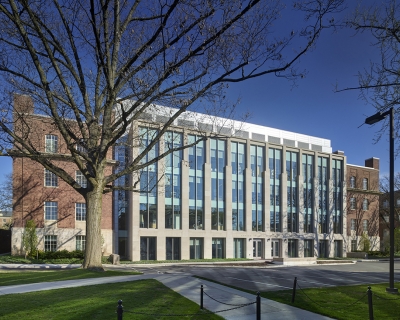 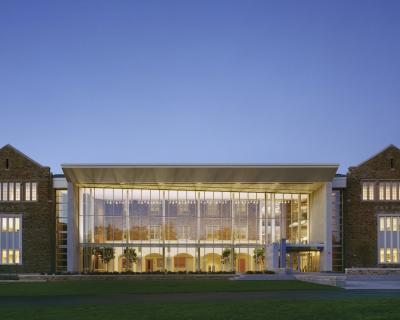 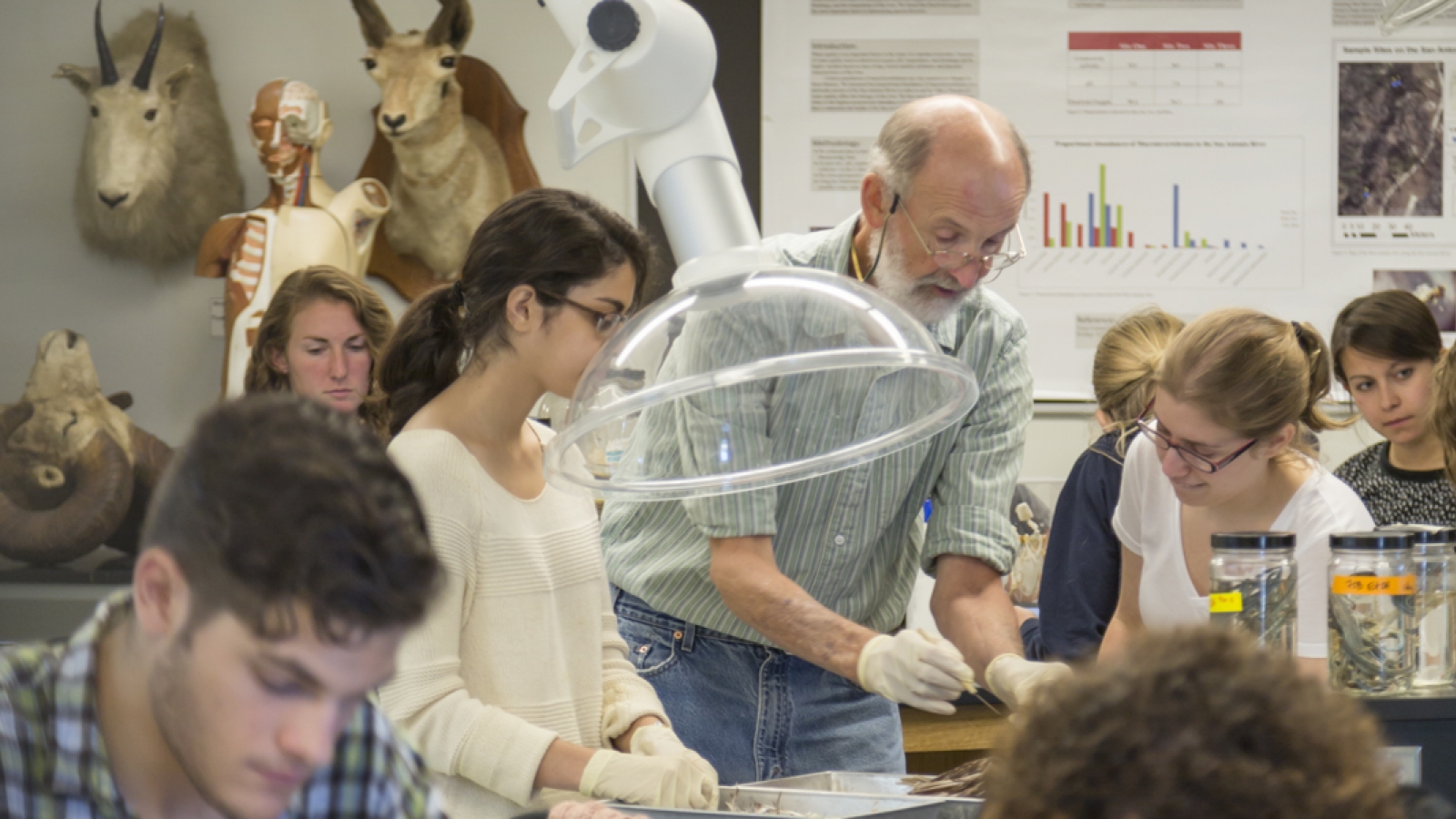