Ten years after its opening, we returned to the Clinton, NY campus to analyze how our design has impacted the College. Continue on to get the main takeaways from our findings, or you can read the full report.

Since the Taylor Science Center has opened, the number of applicants for admission increased by 10%

While despite keeping its number of student acceptances constant since 1998, Hamilton has seen applications for admission increase by more than 500 a year on average since opening its new science center in 2005. Between 2001 and 2006, applications averaged 4,412. In 2007, the number of applications jumped to 4,962; since then applications have increased to just over 5,000. 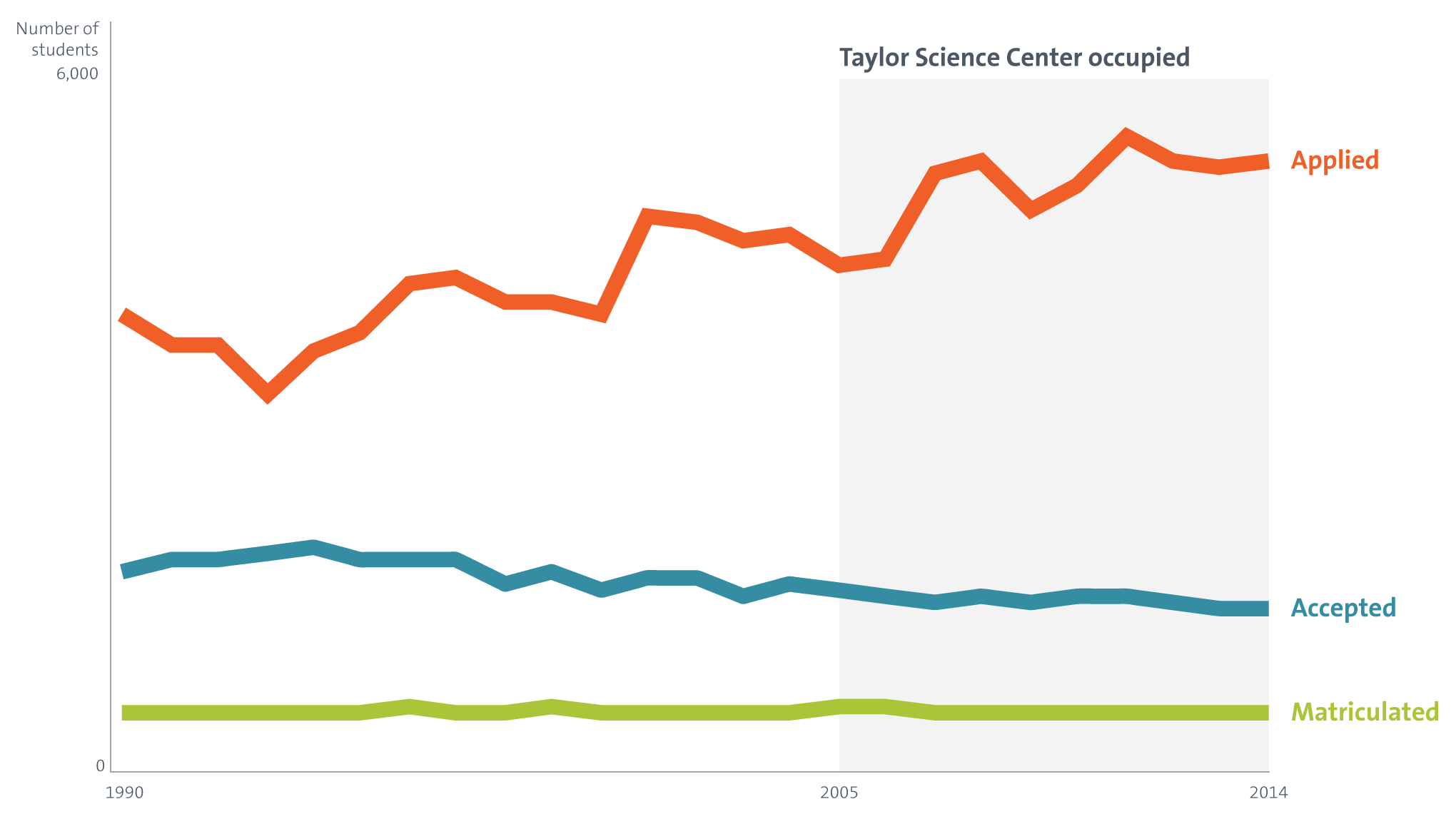 Matriculants have remained constant as the number of applicants has increased, allowing Hamilton to be more selective in their admissions.

Prior to the Taylor Science Center’s opening, students rated Hamilton’s academic facilities to be of lower quality than those of comparable colleges. After the new facility opened, Hamilton received more favorable comparisons. In every survey of admitted students, 50% or more of the respondents rated the quality of academic facilities as “very important”. Interestingly, students’ perception of an institution’s reputation is tied to the quality of the facilities. 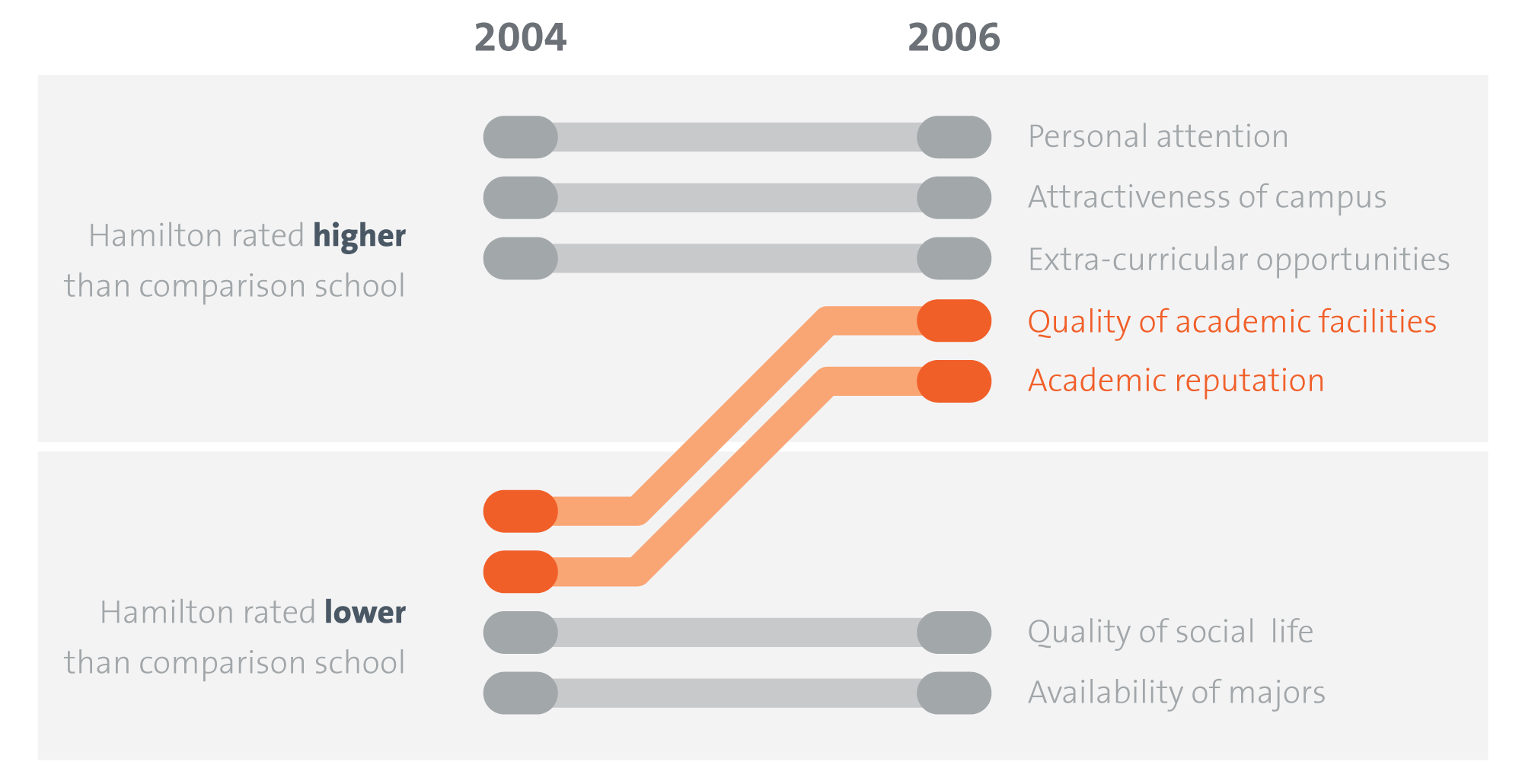 Construction of the Taylor Science Center appears to have stimulated student interest in STEM, with enrollment in 100-level science and math courses increasing by an average of more than 150 students, a 10% increase. 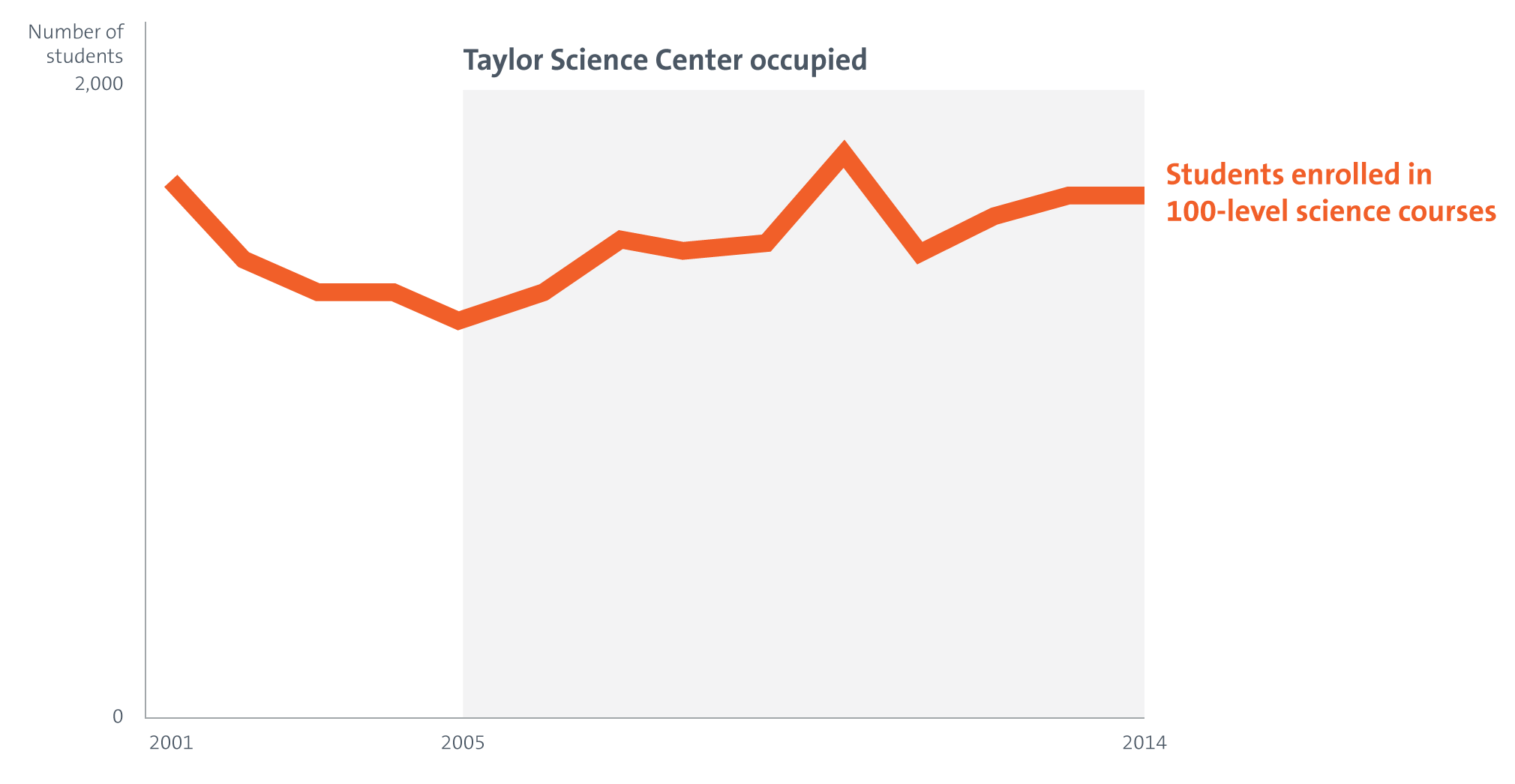 Graduates majoring in sciences increased by an average 42 students, or 40% of the graduating class 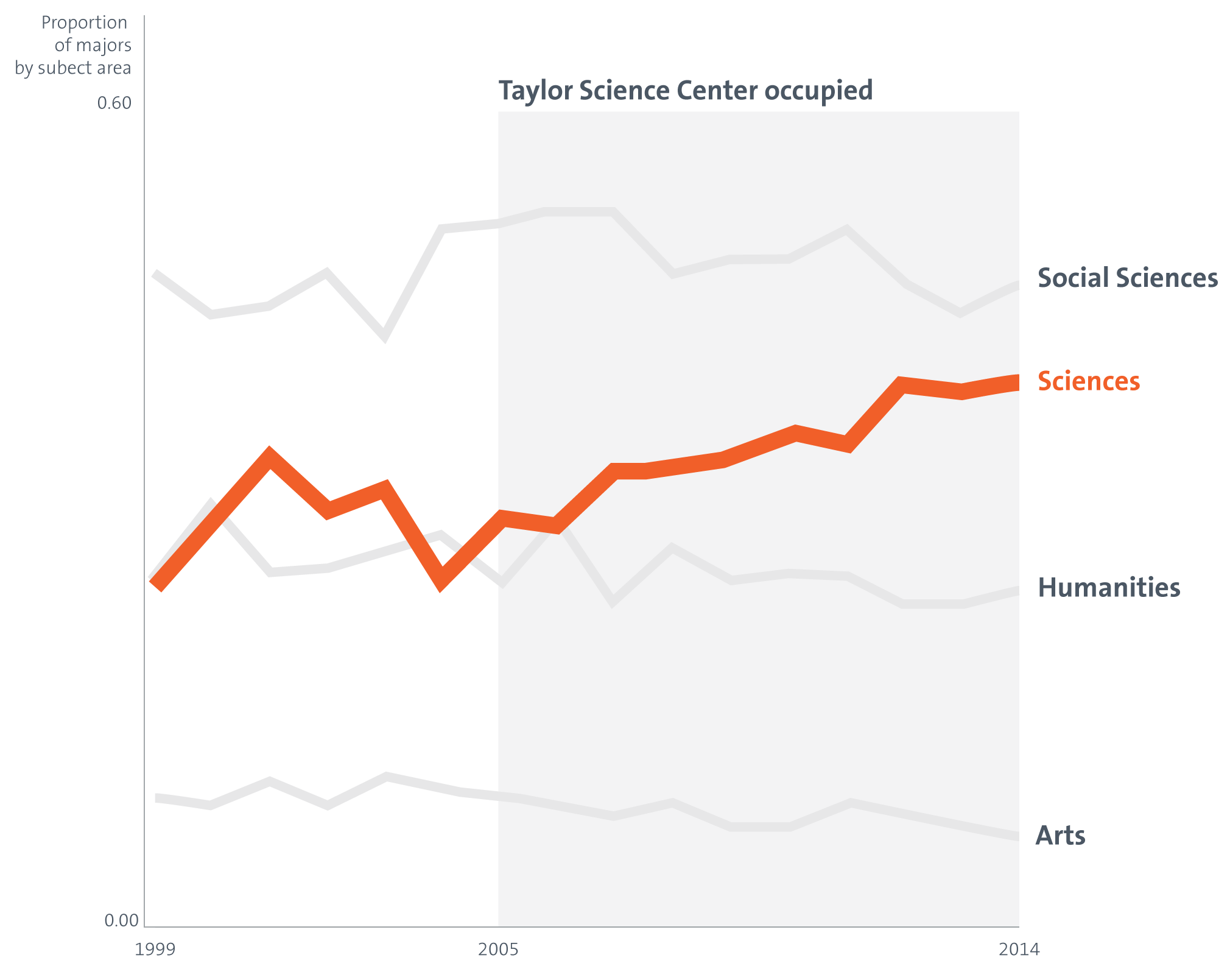 The number of STEM majors increased following the completion of the Taylor Science Center at Hamilton – the only subject area to see such an increase.

The number of students participating in the summer research program in the sciences increased in the summer after the TSC was completed and has remained at this higher level since 2006. Faculty reported that the new building has helped attract better, more science-oriented students, to Hamiliton.

2014 saw nearly double the number of students participating in summer research programs compared to the summer before the Taylor Science Center opened.

Want to know the details on these findings? Read the full report.

Communities of faculty offices and student/faculty research spaces help maintain the intimacy of the College’s experience within this expansive facility.