The Future of the College Campus

“Building Bridges: Co-ops, Consortia and the Collaborative Economy” was the theme of SCUP North Atlantic’s Regional Conference, hosted by Worcester Polytechnic Institute (WPI). Over 100 attendees participated in a dynamic discussion session that I led with  Greg Merritt, former University of Michigan Senior Associate Director of University Housing, and Lois Stanley, Tuft University’s Campus Planner. “Looking Beyond: Strategically Maximizing Your Campus in Non-Traditional Ways” addressed the constant evolution colleges and universities face to remain competitive. Their forward-thinking perspective focused on how institutions are looking beyond traditional planning strategies – including expanding technology, reimagining buildings, and engaging the community – to get the most out of their campuses.

The interactive session started with the posing of conceptual ideas – first to the audience, who responded via live polling, and then to the panel. After hearing the poll results, panelists responded to each topic based on campus experience and the unique role s/he plays. Participants from the audience joined the conversation, contributing examples of how they are maximizing their campus in non-traditional ways, as well as their plans for the future.

Here are four trends we collectively identified based on our interactive questions:

1. The architecture of the residential campus will evolve to support the future.

When asked about the types of spaces that residential campuses will be need in the future, the room was almost evenly split between these responses:

1. Spaces will be upgraded to try to keep up with changes that would build in heavy online usage.
2. Spaces will be transformed and likely resemble large centralized, integrated laboratory type spaces.

This conflict – between an incremental approach to future technological advances and a true transformation into the physical campus of the future – typifies the tensions of how to “risk appropriately” by holding onto the current model and nudging along slowly because of the risk of massive changes in the physical strucures.

It’s not surprising that the group of campus planners and architects in the audience were not sold on the idea that there might not be a need for the physical plant in the future of higher education, though there is a trend toward such "campuses."

1. Living-Learning programs will invest and find further ways for faculty and graduate students to live and work with students.
2. Living-Learning as "residential colleges" will be coordinated around societal problems (poverty, sustainability, social justice, etc.). Communities will be built around "problem-oriented" majors, not traditional disciplinary structures.

The first response provides an opportunity to value the deep historical roots of the “residential college” model that have been shown to have positive outcomes, while the second provides an opportunity to reorder and rethink the value of disciplinary structures as currently defined. Further, a surprisingly strong third discussion was to re-order and re-think Living-Learning altogether. Rather than selling it as a program that enhances where you live, students would be provided an opportunity to learn together, and housing would be an "add-on" benefit. The idea of students would be buying into the program and receiving housing “for free” represents a radical departure from how students and their parents/guardians currently understand housing. It would take a lot of work for this model to find its way into mainstream thinking.

3. Emerging technologies – such as augmented reality, virtual reality, and artificial intelligence – will eventually shape what the physical campus of the future will look like, but not replace it.

The overwhelming reponse to this discussion was that the residential campuses will adapt and include new technologies in new and renovated campus buildings (residence halls, libraries, etc.). This attitude from the group seems to reinforce the dominant campus narrative that the best way to manage new technologies is to work incrementally and slowly in determining how they will affect current traditions and models.  Only 2% of the audience believed that the ubiquity of these technologies will create a major disruption to campus planning that may well eliminate the need for a physical plant as we know it today. There are many who do believe that this might be the biggest threat (or opportunity)  for campus planners, and learning more about these technologies may prove to be time well spent towards staying on the forefront of change.

4. An increase in conversations between campus planners and off-campus developers, city councils, etc., could maximize the future of college campuses.

About half of the attendees believed that campuses should begin to look at different ways of maximizing the physical plant by beginning a mutually beneficial process where the community or town gains more use of and access to college spaces, while the college is able to use more facilities throughout the community.  As financial pressures continue to constrain both college campuses and cities, discussion participants identified that the benefits of collaboration make sense not only for maximizing the use of space and limited resources, but also for enhancing the power and benefits of true town-gown relationships.

As we move into an era that many believe will reshape and potentially disrupt the status quo of the current physical plant, teaching and learning environment, and student community, it is important to note that much of what we learn on campus occurs when we are living and learning side by side with our fellow human beings. If we are to reach the promise of democracies whose citizens are able to communicate across identities and differences, it may well become imperative to design buildings and campuses of the future that maximize the “architecture of serendipity.” 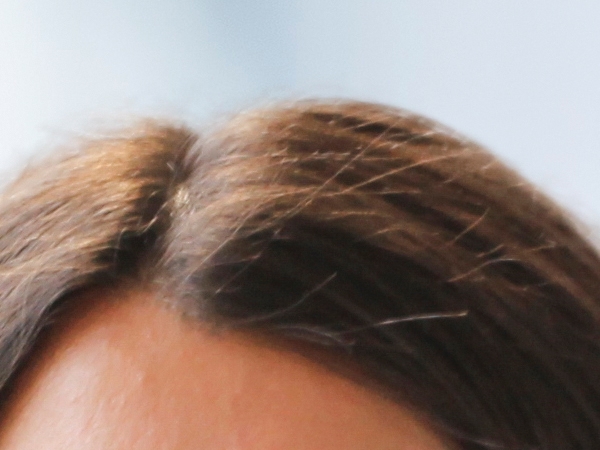