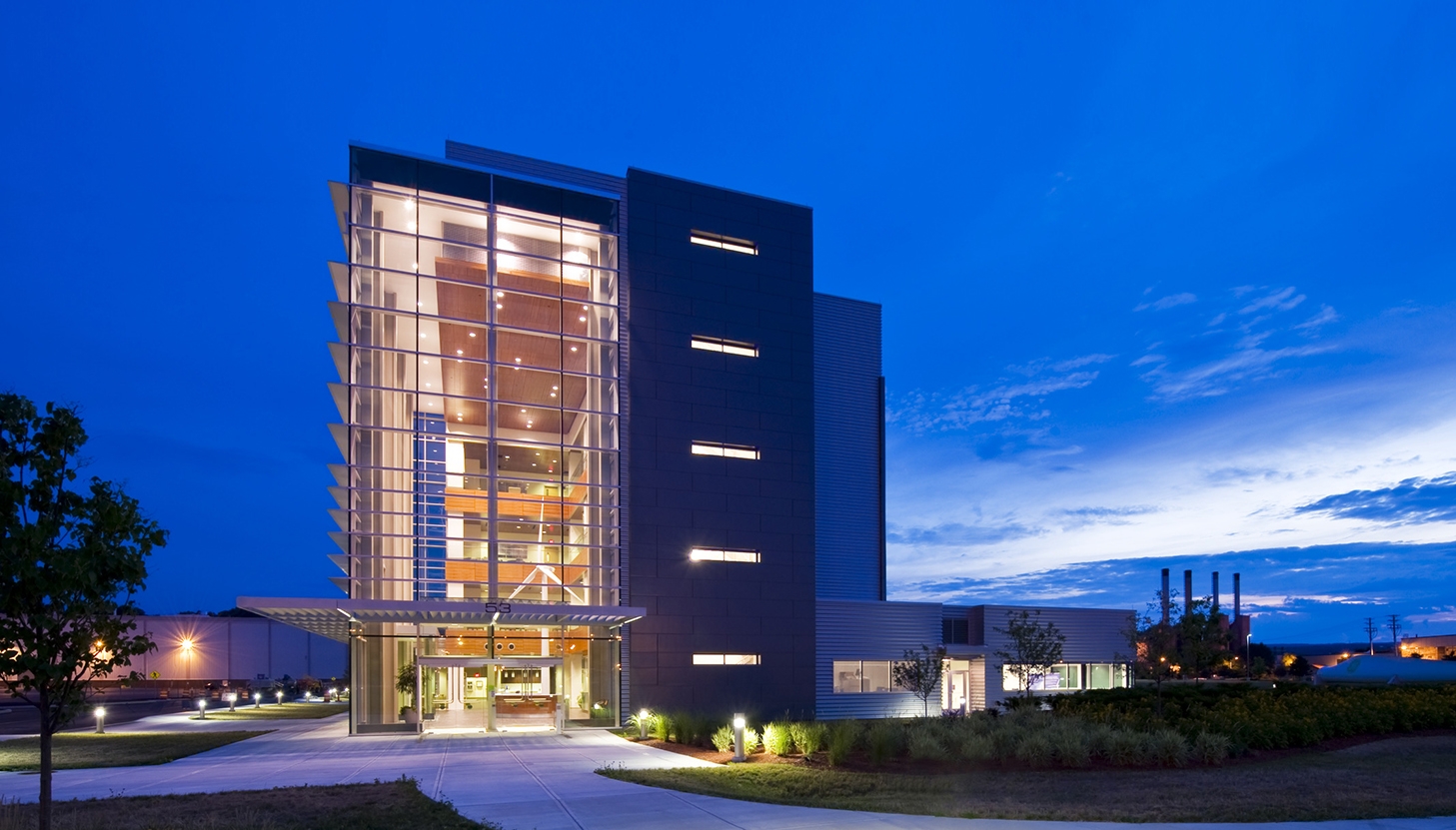 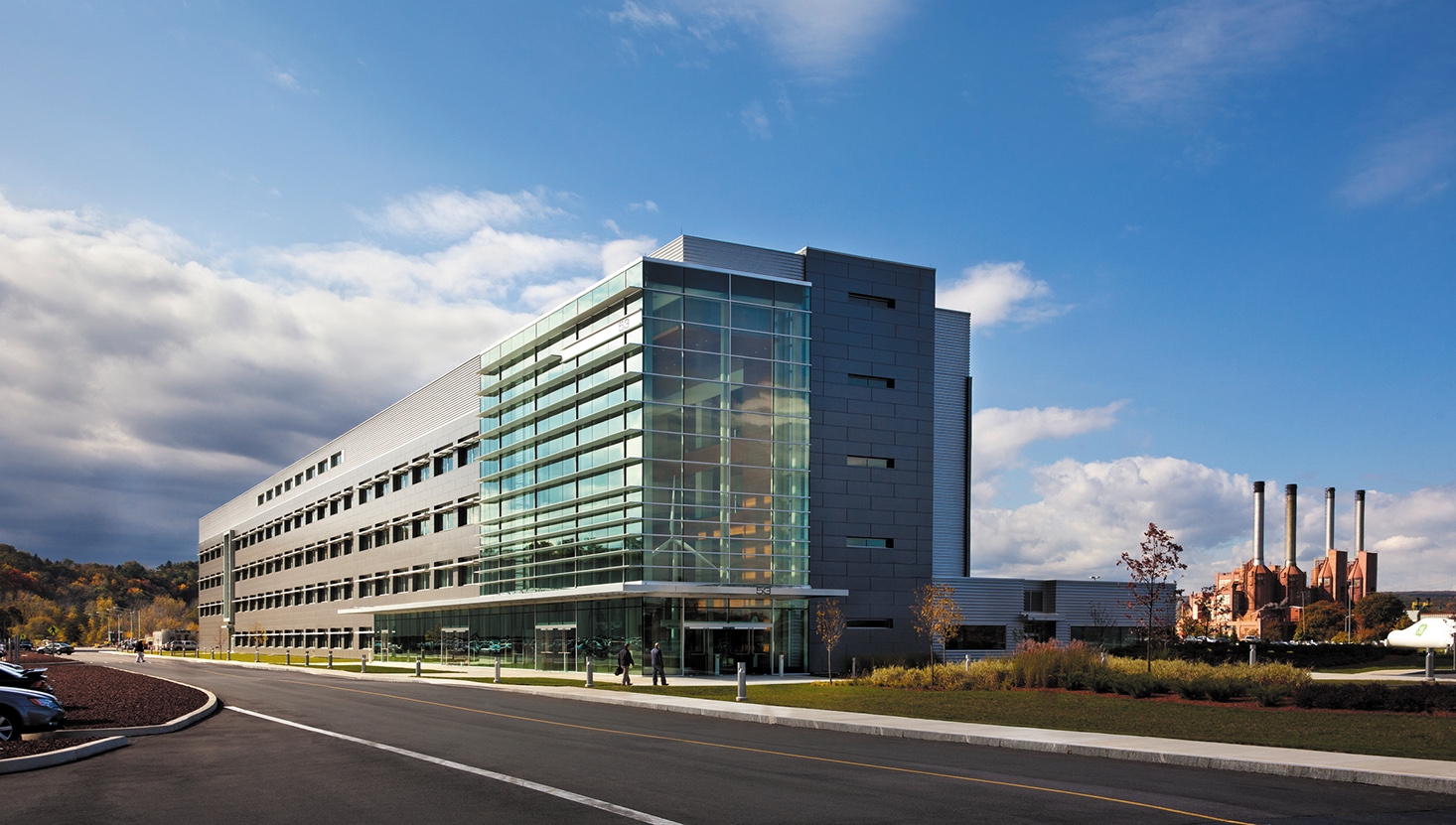 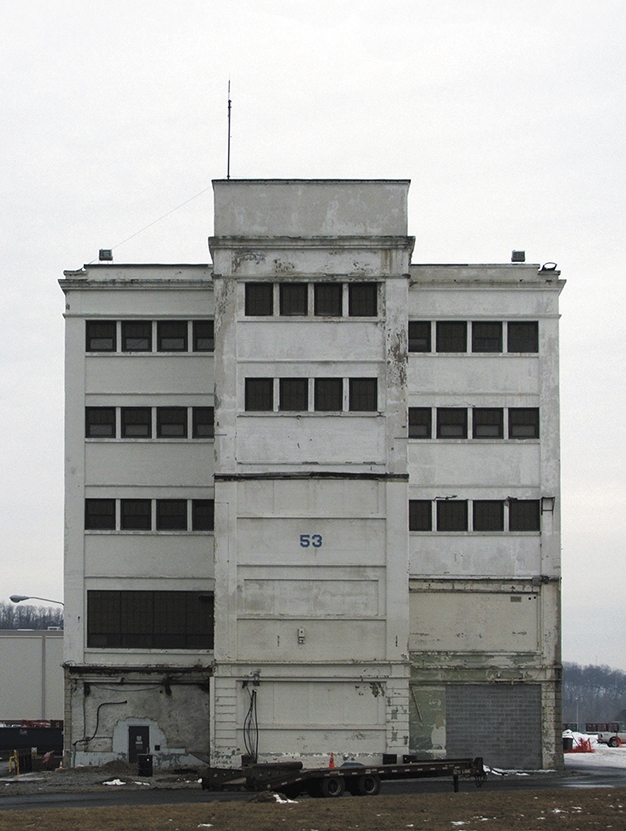 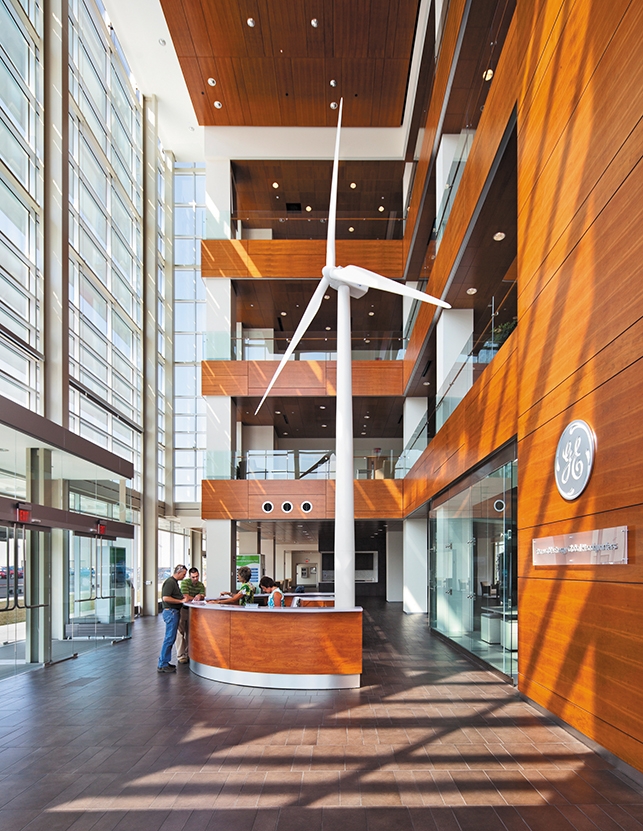 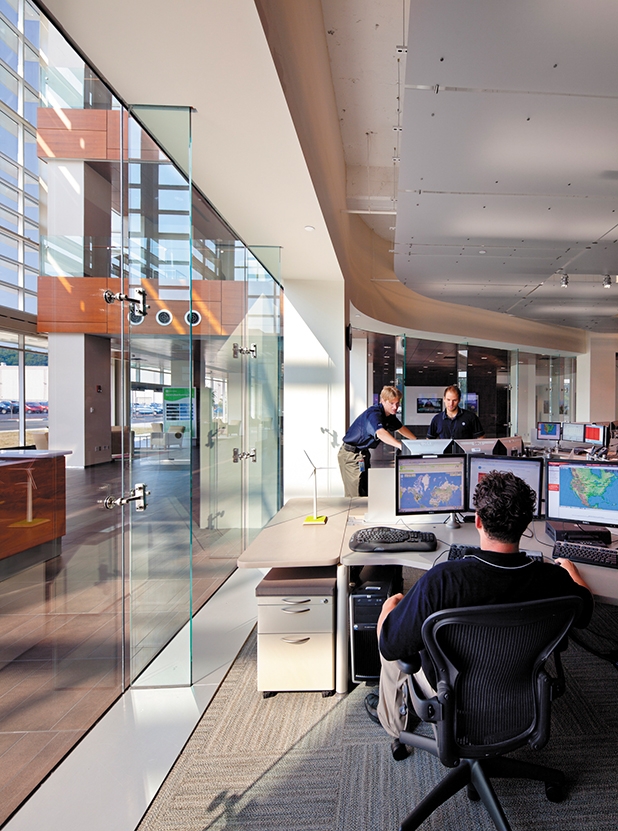 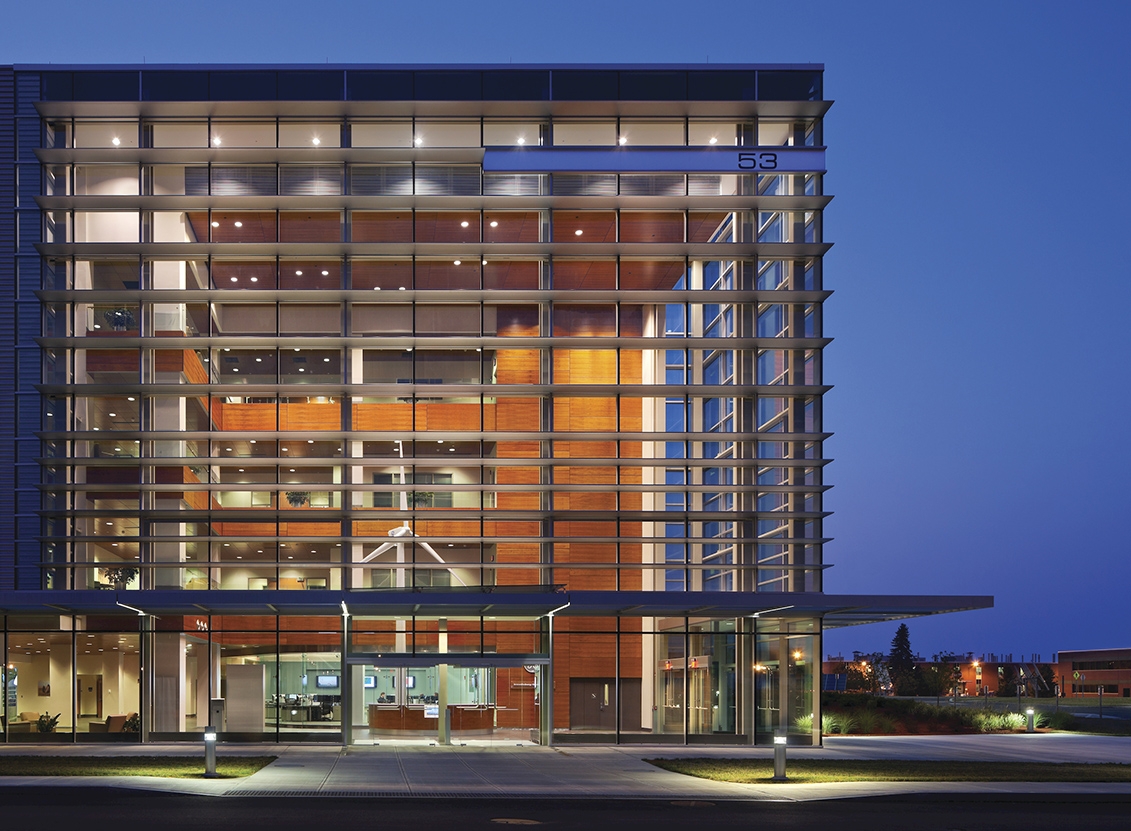 From the light bulb to wind turbines, from the first television network to the high-definition CT scanner, General Electric (GE) has an unparalleled 130-year history of research and innovation. To maintain its role as a global leader and showcase the latest products and technologies, GE sought to create a new headquarters for its renewable-energy business.

This facility would centralize executive leadership and divisions for wind and solar power. A remote operation center would provide a glimpse into worldwide wind-energy monitoring and diagnostic capabilities. The Renewable Energy Global Headquarters would enhance GE’s brand by showcasing the latest technologies and innovations in design, materials, and functionality.

After analyzing the costs and benefits of renovation versus new construction, GE pursued a highly sustainable option: the adaptive reuse of an existing structure on their Schenectady campus, Building 53.

Building 53 was a 100-year-old production facility housing a critical computer server and requiring an extensive aesthetic, functional, and mechanical makeover. An early example of a reinforced concrete building, the utilitarian facade and building systems were outdated, the floors were out of level, and the exterior was out of plumb. Strategic phasing was necessary to ensure the continuous operation of GE’s main data hubs.

A new building envelope redefines the architectural character of the existing building, setting an energy-efficient, sustainability-inspired technical aesthetic against a background of utilitarian structures. The extensive use of glass showcases the excitement of GE technology, while open sightlines throughout the interior create a sense of connection between pedestrian and executive spaces. 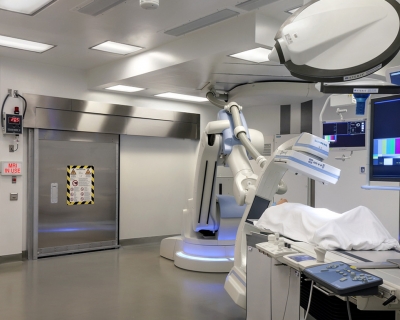 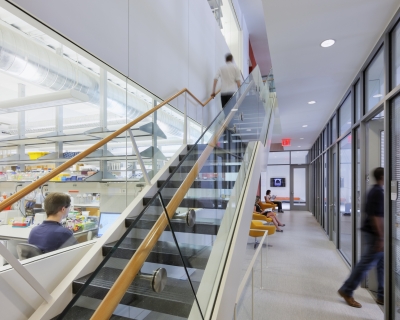 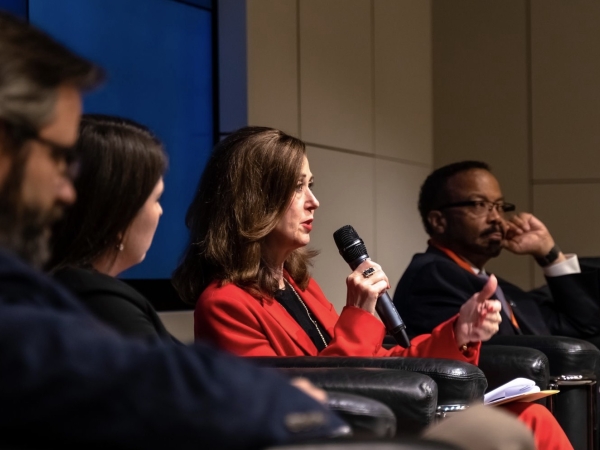 Looking Back on the Houston IMPACT 40 Symposium