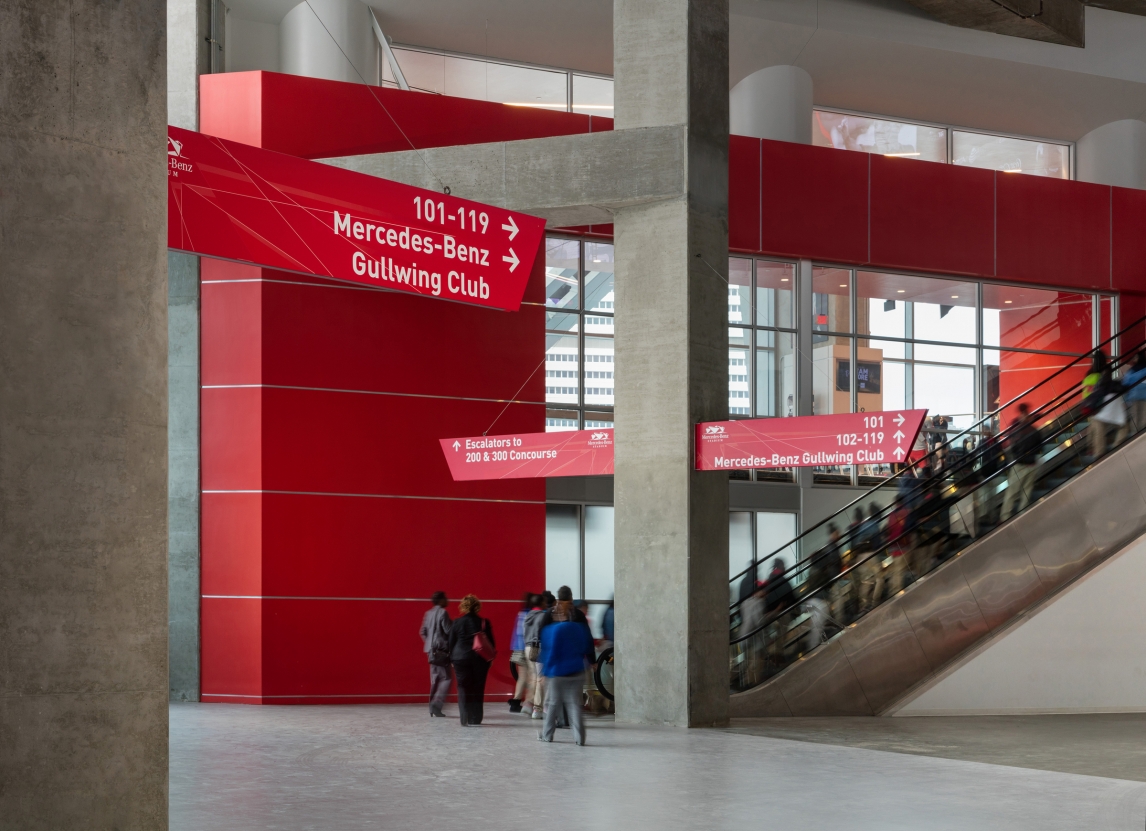 Intuitive wayfinding helps 71,000 Falcons fans move quickly and easily through this new, dynamic sports venue. The Mercedes-Benz Stadium is a multipurpose, retractable roof stadium that is home to the Atlanta Falcons (NFL) and Atlanta United FC (MLS). EYP was engaged as part of the design team to provide a wayfinding system for the interior and exterior of the stadium.

Design of the wayfinding system, which directs both general admission patrons and premium (club and suite) users, was based on two aspects of the project: one physical, the other aspirational. The shape of the signage was inspired by the folded and angular planes of the stadium's exterior skin, which represent speed and movement. The background of the graphics was inspired by the notion of the stadium becoming an economic engine for change within the city. From this, a pattern was created based on the bird's-eye view of the facility and the idea of positive energy emanating from a central point – the stadium. 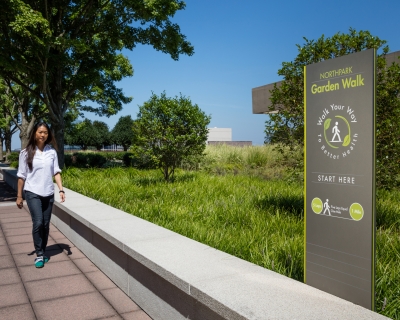 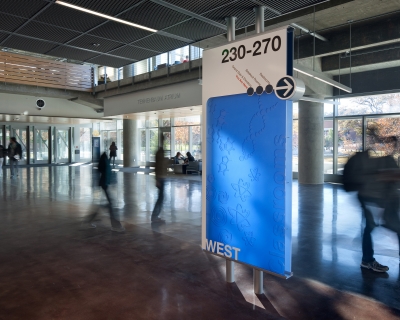